Posted on December 9, 2013 by BookLovers of Bath

The Civil War in Bath and North Somerset, 1642-1650 by John Wroughton newly listed for sale on the fantastic BookLovers of Bath web site!Victor Morgan Books, 1973, Hardback in dust wrapper.

Illustrated by way of: Black & White Photographs; Maps to the endpapers and blanks; Chapter Headpieces;

From the cover: This is the story of the turbulent years in Baths history at the time when seventeenth-century England was suffering the tragedy of Civil War. The city, then a walled mediaeval wool-market town, was occupied by first one then the other of the rival armies in the west.

John Wroughton, who made a special study of the seventeenth century during a Visiting Fellowship at Fitzwilliam College, Cambridge, describes here the pre-war conditions in Bath; the preparations for war, the personalities involved and life in the city when war came. He examines the contending armies manoeuvres through the surrounding countryside that led to the confrontation on the slopes of Lansdown, then describes in detail the fierce Battle and its aftermath and reaches a different conclusion to the one that has become generally accepted.

Good+ in Good Dust Wrapper. Dust wrapper faded and somewhat edgeworn, with a 1″ closed tear to the head of the spine. Edges of the text block lightly tanned. Previous owners’ inscription to the first blank. Text complete, clean and tight but the last leaf has not been cut. 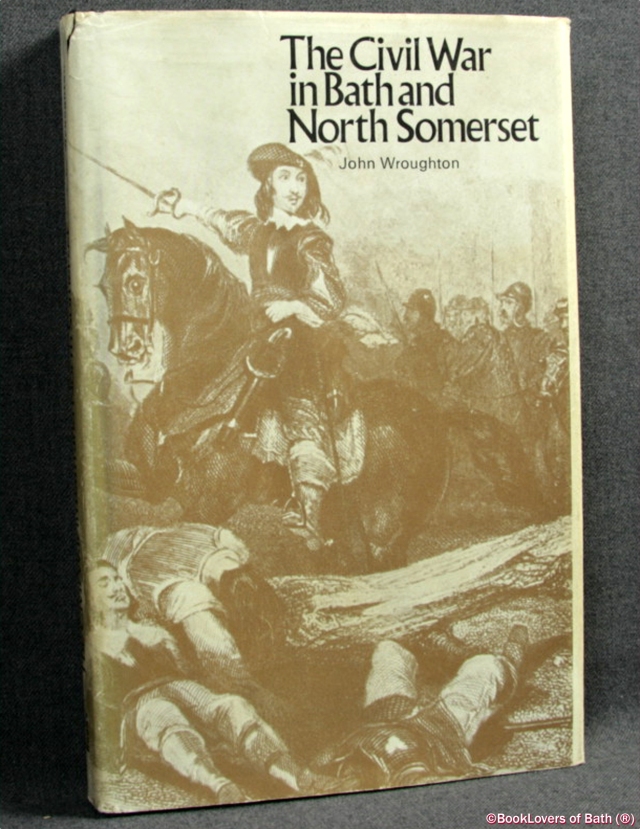