Cnut: Emperor of the North by M. J. Trow

Posted on December 4, 2013 by BookLovers of Bath

Cnut: Emperor of the North by M. J. Trow newly listed for sale on the fantastic BookLovers of Bath web site!Sutton Publishing, 2005, Hardback in dust wrapper.

From the cover: EVERYONE has heard of King Canute: he is the arrogant man who believed he could hold back the tide. Or so he has come to be perceived. In this lively and entertaining biography, M. J. Trow exposes that tale as a myth and shows us instead the real Cnut an ambitious and powerful king who united a warring England and, had he : lived, could arguably have prevented the Norman invasion of 1066.

Cnut was the son of the Viking Swein Forkbeard and in 1014, aged only nineteen, he inherited the throne of Denmark on his fathers death. Cnut was also one of three princes vying for Englands throne and on the face of it the least likely to win. His contenders were the current king, Ethelred, and his son Edmund, known as Ironside. Using a mixture of force and politics and helped by the untimely deaths of both his rivals Cnut became the ultimate champion and cleverly consolidated his position by marrying Ethelreds widow and Englands queen, Emma. The land he now ruled dominated by the old Saxon kingdoms of Northumbria, Mercia and Wessex had been ravaged by Viking raids for decades. Under Ethelred the kingdom had paid danegeld or protection money to their harassers. Under Cnut, Englands ambitious and bloody foreign policy led to the defeat of the kings of both Sweden and Norway and kept at bay the threat from aggressive Normandy. When he died in 1035, Cnut was the most powerful king in Europe, excepting only the Holy Roman Emperor, and England was a united nation.

This exciting biography rescues Cnut from his image as a fool and the butt of music hall jokes and brings alive the man, his achievements and his time as never before. It will appeal to anyone with an interest in Viking or early medieval history.

Very Good in Very Good Dust Wrapper. Gently bruised at the head of the spine and the top corners of the boards with commensurate wear to the dust wrapper. Text complete, clean and tight. 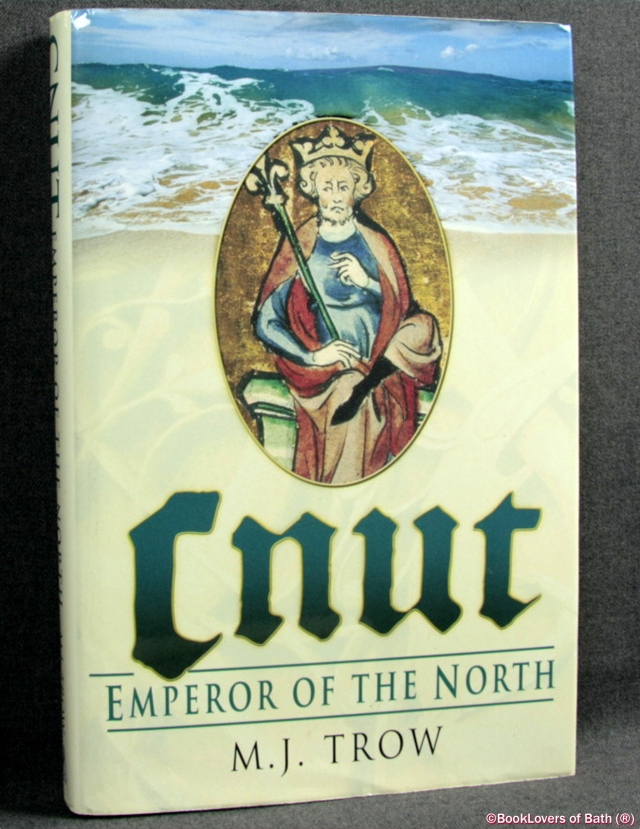