From the cover: Do you remember the days when the train journey was the best part of the holiday? When the great named expresses, hauled by the most powerful steam locomotives ever built, ran to time-honoured patterns? When trains formed of yesteryears rolling stock criss-crossed the land on well-ordered branch lines, calling at strings of picturesque stations commanded by proud station-masters?

Although many hark back to an even earlier age, half remembered or known from tales handed down by father or grandfather, few would argue that the finest days of railway travel began towards the end of the steam era and carried on into the period of nationalisation. BR continued to build steam locomotives on a grand scale, even manufacturing machines to the old companies designs, while many pre-Grouping locomotives were still busily at work. In the last days of steam many expresses were both heavier and faster, and used by a much wider cross-section of the population. And despite the pressures to conform, traditional practices and the individuality of the different parts of the railways still persisted. It is this era that The Trains We Loved evokes: the sights and sounds even the smells of the glory days of rail travel in Britain.

David St John Thomas and Patrick Whitehouse have produced an expansive text, rich in atmosphere but based on sound research and with substantial reference value. Portraits of the six regions and Ireland alternate with fascinating insights into how rail traffic was affected by the seasons, and the significance of holiday and school specials. Glimpses into station life shed light on the operating problems faced by staff and the devotion that went into solving them. Older readers will surely exclaim: Yes, thats exactly how it was! while those too young to remember will marvel at what has been lost

But The Trains We Loved is also a visual feast thirty-two splendid paintings, many previously unpublished, by Philip Hawkins, chairman of the Guild of Railway Artists, evoke the period in his own distinctive and unerringly accurate way. One hundred of the finest black and white railway photographs by Philip Alexander, Eric Treacy and other famous names make their own substantial contribution. 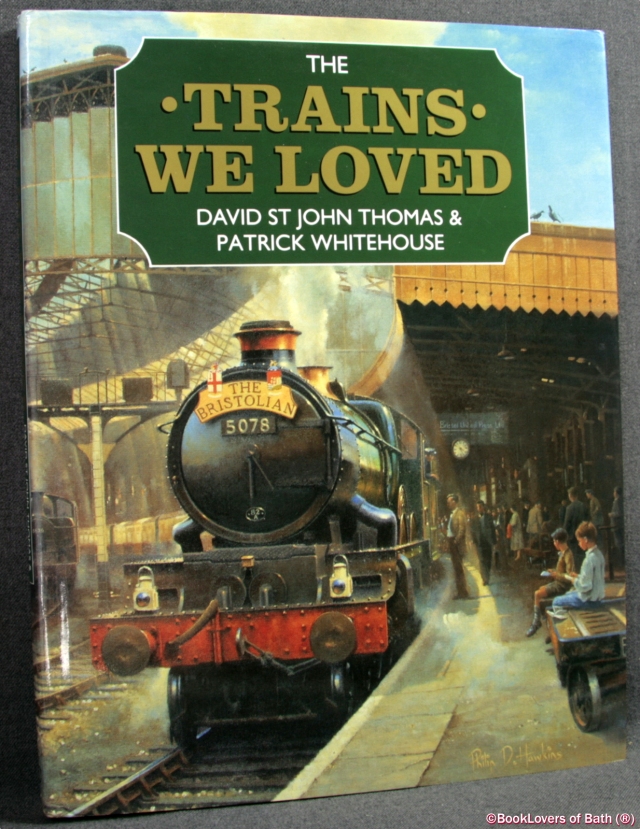