The Pope’s Maestro by Sir Gilbert Levine newly listed for sale on the fantastic BookLovers of Bath web site!Jossey-Bass, 2010, Hardback in dust wrapper.

From the cover: The Popes Maestro tells the inspirational story of a most improbable friendship between the American conductor Sir Gilbert Levine and His Holiness Pope John Paul II. Together they collaborated closely, over a period of more than seventeen years, using music to heal centuries-old religious wounds.

Maestro Levine created and conducted a series of ground-breaking, internationally broadcast concerts. These musical events brought artistic form to Pope John Paul IIs fervent wish to forge an historic bridge first between the Roman Catholic Church and the Jewish people, and then, after 9/11, with the Muslim world as well. These efforts culminated in the Papal Concert to Commemorate the Holocaust in 1994 and the Papal Concert of Reconciliation in 2004.

During his years as Music Director of the Krakow Philharmonic, Sir Gilbert had an insiders view of Eastern Europes inexorable journey from Communism to freedom. And in the years following, he experienced the world of Pope John Paul in a way few lay people, and even fewer Jews, have ever been honored to do. That work, paradoxically enough, deepened Sir Gilberts own Jewish belief and practice.

The Popes Maestro tells the story of the compelling musical and spiritual journey of two men of different faiths who found in music the power to foster peace and unity in a profoundly divided world. 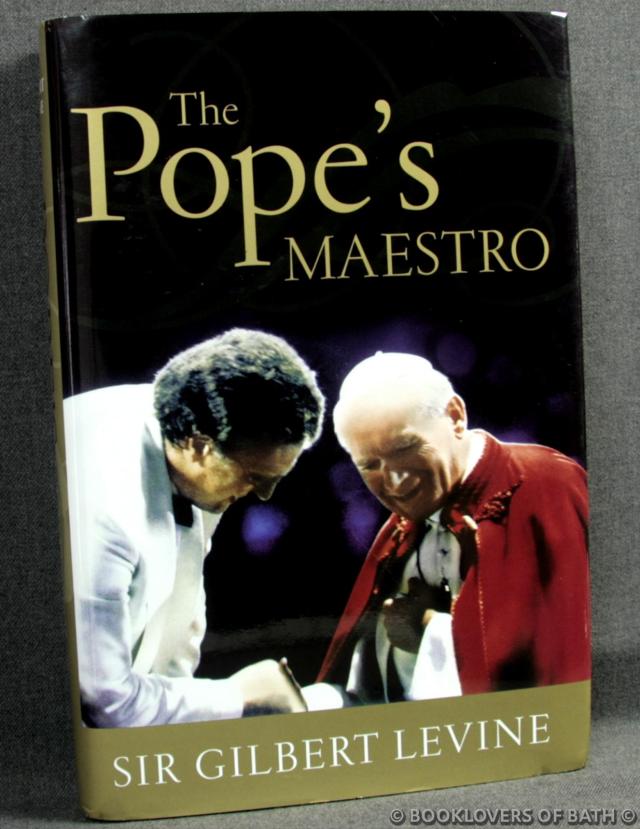