Footprints in Cyprus: An Illustrated History by Sir David Hunt

Footprints in Cyprus: An Illustrated History by Sir David Hunt newly listed for sale on the fantastic BookLovers of Bath web site!Trigraph, 1990, Hardback in dust wrapper.

From the cover: The history of Cyprus begins in the Stone Age with one of the most extraordinary village settlements ever excavated from a period nearly 9,000 years ago. From the time the first Greeks arrived, over 3,000 years ago, the island has been the centre of a vigorous and creative artistic culture. Many treasures survive from the 1st millennium before Christ which illustrate vividly the fact that Cyprus can rival in achievement the best art in the Mediterranean world.

In Footprints in Cyprus these achievements are not only fully depicted in colour and in black and white but also related to their historical context. The text is contributed by the leading authorities of today and embodies the results of the latest research.

In the next great age of Greek culture, the Byzantine period, the particular contribution of Cyprus is to be found in the churches whose mural paintings are more numerous and better preserved than in any comparable area. Its history also is strikingly different from that of other parts of the Byzantine Empire; it is lucidly expounded by the leading British historian of the period, Sir Steven Runciman.

For three and a half centuries foreigners from Western Europe ruled in Nicosia, for most of the period a French royal family from Poitou. This is the romantic period, when the great castles were built, high up in the mountains or dominating the sea-ports, and Gothic cathedrals rose to add a new exotic note to the cultural milieu of the eastern Mediterranean. The history of the kings of Cyprus is as romantic as their architecture. Then came the Venetians, who ruled for eighty-two years until with the sieges of Nicosia and Famagusta the last outpost of Christianity in the Levant fell to the conquering Turks. The poignant drama of these two sieges is illustrated here with many contemporary pictures and drawings.

During the Turkish period Cyprus was a backwater but it came back into the mainstream of European history when in the last quarter of the 19th century authority passed from the Turks to the British. The Colonial years are illustrated from contemporary sources; the text pays particular attention to the factors of international policies which determined the islands history.

Independent since 1960 Cyprus suffered invasion in 1974. The history of independence and invasion is traced by the editor on the basis of his experience in the British Diplomatic Service. 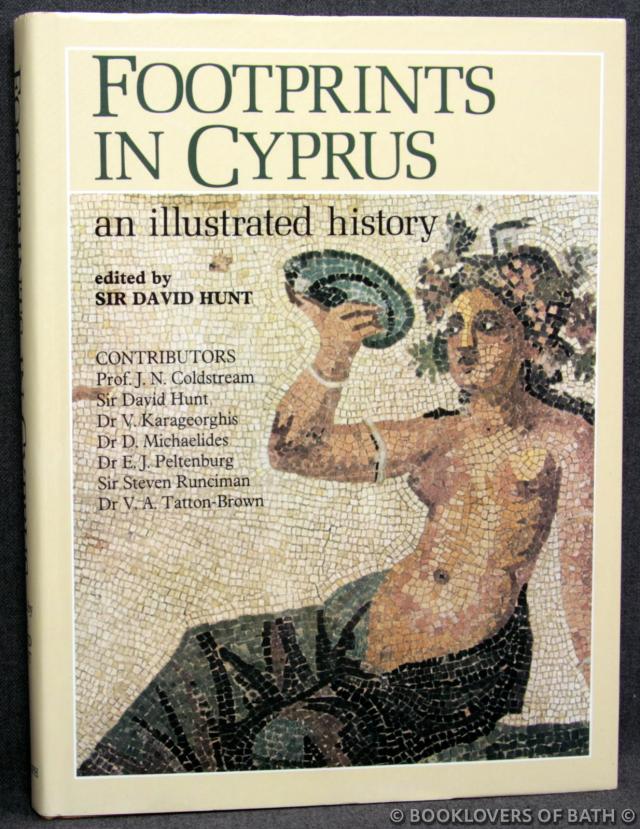 The world's leading book dealer in Peasedown St. John.
View all posts by BookLovers of Bath →
This entry was posted in BookLovers of Bath: The Shop! and tagged and, arrivec, athens, civilisation, constantinople, cypriot, cyprus, day, eastern, from, greek, has, history, homeric, mediterranean, period, prehistoric, present, roman, settlers, the, times. Bookmark the permalink.