Right Back to the Beginning by Jimmy Armfield with Andrew Collomosse

Right Back to the Beginning by Jimmy Armfield with Andrew Collomosse lands on the |> SALE <| shelves in my shop.

From the cover: JIMMY ARMFIELD is unique. In the 50 years since he made his first team debut for Blackpool, he has been involved at every level of the game, as a player, manager, coach, journalist, broadcaster, consultant and administrator. He has been described as a walking history of post-war football.

Most of Armfields playing career was spent in the golden age of Lancashire football, a time when Blackpool. Bolton, Preston. Burnley and Blackburn jostled for honours with the big city giants. It was also the era of the maximum wage when players earned as little as £10 a week, a car was a luxury and foreign holidays a distant dream. He recalls those very different times, playing alongside men like Matthews, Moore, Edwards, Charlton and Greaves and against Finney, Di Stefano, Charles, Lofthouse, Pele, Law, Eusebio, Best and so many more.

But things have moved on and so has Armfield. How else could he have survived in the cut-throat business of modern football to become a respected figure in the world game early in a new millennium? A familiar and popular voice on radio, he was the trusted figure the FA twice turned to for advice when they needed to appoint a new England coach.

But for Armfield, football was only ever one part of his life, as a CV that includes his roles as church organist, school governor, NHS Trust director and much else besides shows. His autobiography is not only a remarkable self-portrait, but also a fascinating account of a rapidly changing world. 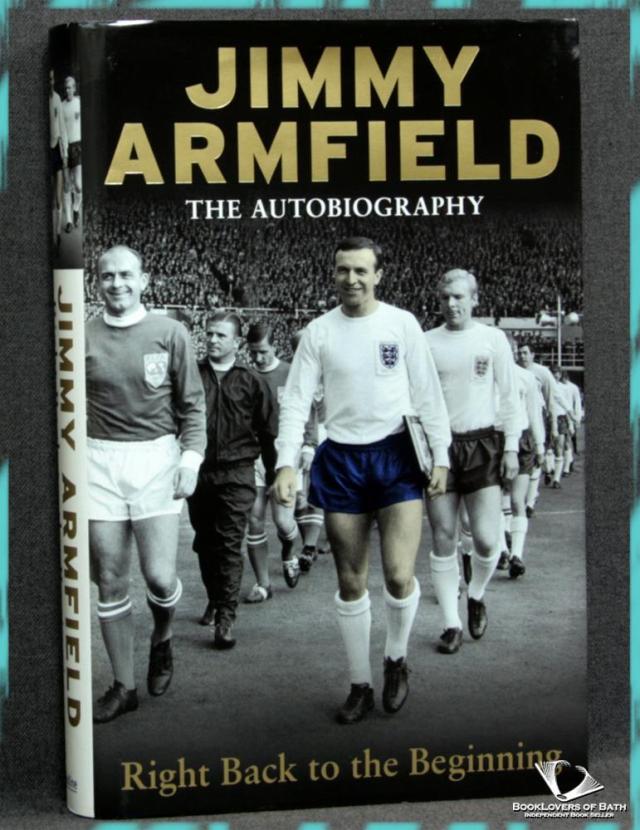