The Conservative Party: The First 150 Years by Sheila Moore

The Conservative Party: The First 150 Years by Sheila Moore lands on the |> SALE <| shelves in my shop.

From the cover: The Conservative party is often thought of as backward-looking and male-dominated, yet it has produced the first woman Prime Minister of a Western country. Believed by many to be against social reform, the Conservatives have, in fact, initiated and passed more progressive legislation than any other party. The Conservatives habit of quarrelling only in private is another myth, as witness a whole series of bitter public rows over free trade, the Liberal Conservative coalition in 1922, appeasement, Suez and Rhodesia.

This history of the party, brilliantly researched and written by Sheila Moore, and fascinatingly illustrated, reaches beyond these and other paradoxes to the roots of Conservatism the leaders, the MPs, the rank and file, the party machine. She shows how, since the word Conservative was first used in 1830, these different elements have reacted to the major issues of the day and hammered out a remarkably consistent yet flexible attitude to foreign affairs, war, economics, social problems, the Crown and so on.

But it is the Conservatives themselves, in all their amazing variety, who are the real subject of the book: the committee room ladies with their teapots, the members of the Conservative working-mens clubs, the Young Conservatives, the party managers who run the organisation, the society dynasties in the great houses, where until 1939 so much was decided over the brandy and cigars. And of course the leaders: Peel, the statesman; the dazzling Disraeli; Lord Salisbury, astute, aloof; the intellectual Balfour; glum Presbyterian Bonar Law; Baldwin, calm, dependable; the gigantic figure of Churchill; courageous tragic Eden; the unflappable Macmillan; tenacious Edward Heath; Margaret Thatcher, competent and commanding. All these people have contributed their vigour and idealism to the history of Britain and have made the Conservative party over the last 150 years one of the leading forces in the world.

This book will be eventually reach my delightful website…(added to my Political category.) but get 60% off buying from this very blog blog… Buy it now for just £2.60 + P&P! Of course, if you don’t like this one there are plenty more available here! 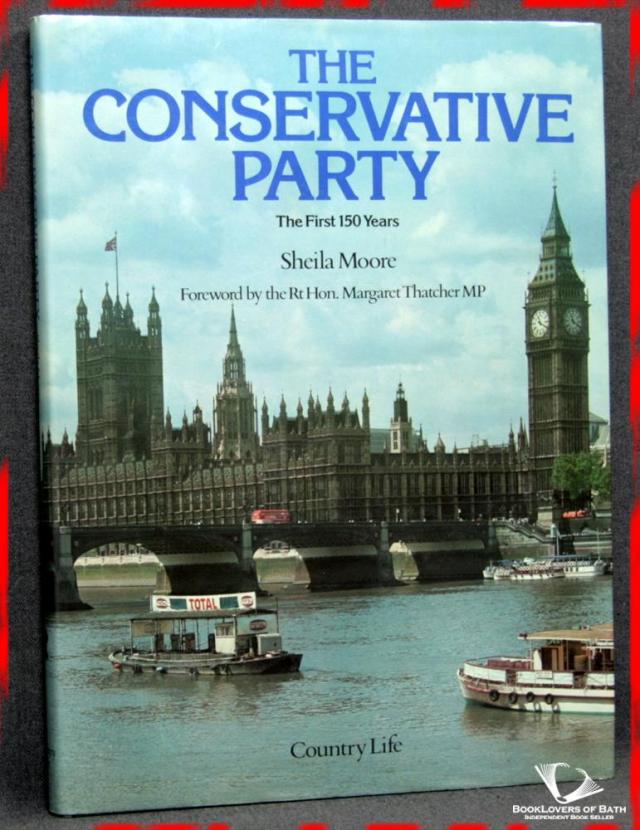