Posted on January 3, 2013 by BookLovers of Bath

From the cover: Long train journeys give the traveller time for observation and reflection. In Great Railway Journeys of the World, seven distinguished writers and presenters each take a different journey and give an original and dramatic perspective on the modern world.

First, Brian Thompson travels leisurely through southern India, from the noise and heat of Bombay to the calm of Cochin via Bangalore and Ootacamund. Michael Wood goes north from Cape Town on the Blue Train, the most luxurious train in the world, and then through spectacular scenery to the Victoria Falls. His journey is a unique and compelling portrait of modern southern Africa. Michael Frayns journey across Australia includes rides on the legendary Ghan into Alice Springs, and a three hundred-mile trip across the Nullarbor Plain on the longest straight railway line in the world.

Ludovic Kennedy crosses the United States by the historical overland route from . New York to Chicago on the Broadway Limited, and then, in the tracks of Robert Louis Stevenson, he takes the San Francisco Zephyr via Denver and Promontory Point. The journey ends in Los Angeles. Miles Kington travels through South America from Lima to La Paz, crossing the highest railroad in the world 60 tunnels, 45 bridges, and zigzagging all the way up to 15,000 feet in the Peruvian Andes. Later he unexpectedly encounters a Bolivian revolution in the wayside town of Viacha. As a boy, Michael Palin (of Monty Python fame) spent hours on Sheffields Midland Station train-spotting. In his great railway journey, he fulfils a dream and travels from London to the Kyle of Lochalsh on the west coast of Scotland, a route steeped in railway history. Finally, Eric Robson meanders through France, rides rack-and-pinion up and down the mountain railways of Switzerland and goes on to Vienna and through the Iron Curtain to Budapest.

The book is illustrated with evocative photographs in both colour and black and white, and will appeal not only to those who enjoyed the television programmes but to all railway buffs.

Very Good in Very Good Dust Wrapper. A little rubbing to the edges of the dust wrapper. First blank lightly creased at the foredge. Text complete, clean and tight otherwise.

This book will be eventually reach my delightful website…(added to my Transport Rail category.) but get 60% off buying from this very blog blog… Buy it now for just £2.60 + P&P! Of course, if you don’t like this one there are plenty more available here! 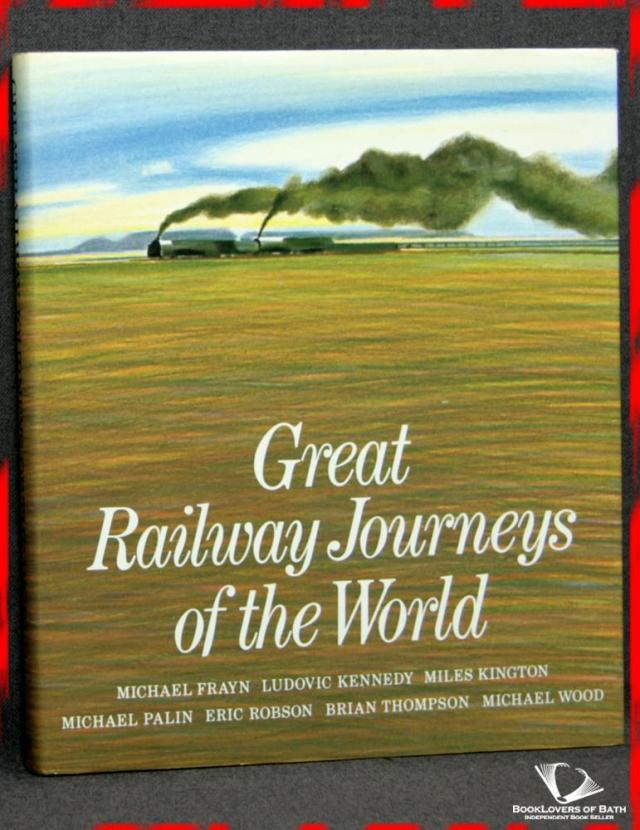