Posted on January 3, 2013 by BookLovers of Bath

Captaincy by Graham Gooch with Patrick Murphy lands on the |> SALE <| shelves in my shop.

From the cover: Graham Gooch is the most influential and successful England captain since Mike Brearley. He is the first England captain since Peter May in 1957 to win three Tests against the West Indies, the most powerful side in the world and remarkably all his successes came in a period of only seventeen months.

In this book Gooch analyses the crucial elements in those three historic victories, underlining the importance of planning and dedication, qualities readily associated with him. He looks at the particular assets needed for successful captaincy the need for respect from his team, the necessity of sympathetic man-management, the importance of getting the very best out of each player, and how to assimilate individualists into the team framework.

Gooch looks at the different demands on a captain on tour, in limited-overs cricket and in dealing with the media, very much a modern challenge for a Test captain. The whole gamut of captaincy is covered the need to pick a balanced side, the times when a particular eleven is selected for a specific game, the problems faced in selecting a squad, how to judge a declaration, how to approach a run chase, the way in which you can coax that little extra from your players by dint of personal example.

Gooch also considers the respective captaincy skills of many Test captains during his long career, paying particular tribute to the two who have most influenced his thinking Keith Fletcher and Mike Brearley. Written in conjunction with BBC Radios Patrick Murphy, the book, which includes Goochs account of Englands fine showing in the 1992 World Cup, is a timely reminder of why Graham Gooch has matured into one of Englands most important captains since the war.

This book will be eventually reach my delightful website…(added to my Sport Cricket category.) but get 60% off buying from this very blog blog… Buy it now for just £2.60 + P&P! Of course, if you don’t like this one there are plenty more available here! 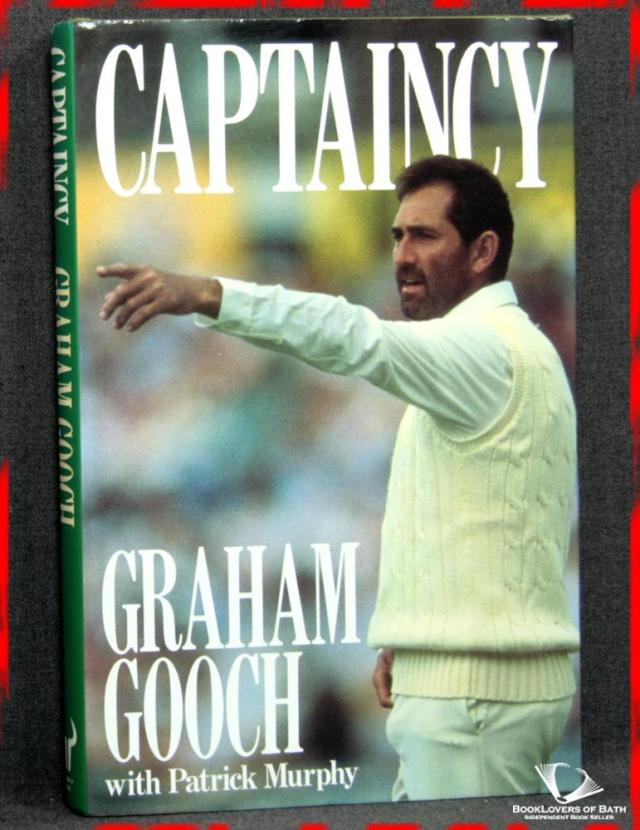 The world's leading book dealer in Peasedown St. John.
View all posts by BookLovers of Bath →
This entry was posted in BookLovers of Bath: The Shop! and tagged 0091750180, 1953-, and, brearley, captaincy, captains, cricket, dealing, england, field, gooch, graham, her, matches, media, motivation, murphy, others, patrick, personal, placings, skills, test, the, with. Bookmark the permalink.