The Double Life of Doctor Lopez by Dominic Green

The Double Life of Doctor Lopez by Dominic Green lands on the |> SALE <| shelves in my shop.

From the cover: Roderigo Lopez was famous as Elizabeth Is personal physician, but he was a man of many secrets. The old doctor was also a businessman, a diplomat, a spymaster and a secret Jew. Providing intelligence with medicine, Lopez connected the bright world of court with the shadowy world of espionage. For decades, he had partitioned his life into two spheres known and unknown but now someone was watching him.

In late 1593, one of Lopezs patients, the Earl of Essex, accused him of being a Spanish agent who had plotted to poison the queen. Lopez protested his innocence, claiming that he had acted under the orders of Essexs rival, Lord Burghley, to draw the Spanish into peace talks. The ensuing scandal drew in the highest and lowest of Elizabethan London, from the queen to the new-born baby left on Lopezs doorstep; from Don Antonio, the alcoholic pretender to the Portuguese throne, to Francis Bacon, the ambitious young lawyer.

Amid rumours of racking in the Tower, supposed details of Lopezs double life spilled out: tales of botched abortions and murder; safe houses and mail drops; secret synagogues and ciphered letters; double agents arid triple identities. Convicted of treason, Lopez died a traitors death, hung, drawn and quartered at Tyburn. Shortly afterwards, Shakespeare wrote The Merchant of Venice, its plot and anti-hero, Shylock, resonant with the aftershocks of the JLopez Affair.

Who was Doctor Lopez? Was he a traitor or a loyal servant? Who sent him to Tyburn, and who gained from his death? And where does the young William Shakespeare fit into the story?

Good in Very Good Dust Wrapper. Price Clipped. Pages lightly age-tanned. Both boards have a heavy knock at the foot. 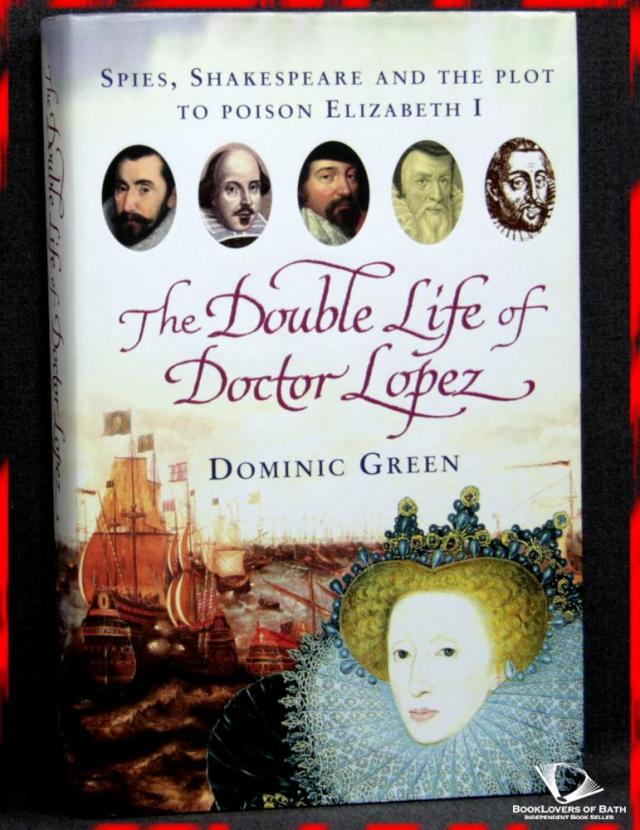