Dragon Lady: The History of the U-2 Spyplane by Chris Pocock

Posted on September 22, 2012 by BookLovers of Bath

Dragon Lady: The History of the U-2 Spyplane by Chris Pocock lands on the |> SALE <| shelves in my shop.

From the cover: It has been called the black lady of espionage and the Mata Hari of airplanes, but to the men that flew and maintained her, the Lockheed U-2 was known simply as The Dragon Lady. This book contains a wealth of previously unpublished material about the worlds most famous spyplane. By the time that CIA pilot Francis Gary Powers was shot down over the Soviet Union in 1960, the U-2 programme was already five years old. It all started in great secrecy at the famous Lockheed skunk Works, where a tight-knit group of aircraft engineers led by famed designer Kelly Johnson built and flew the unique aircraft in only seven months. In order to boost the U-2s cruising altitude beyond the range of enemy interceptors, Johnson ruthlessly eliminated excess weight, creating a jet-powered glider that was a real challenge to fly.

Then came the long and difficult overflights, and the remarkable photographs that revealed the USSRs deepest military secrets. When Powers fell victim to the worlds first successful surface-to-air missile attack, the resulting political furore ruined a summit meeting between the superpowers, and led the US to ban further overflights of Soviet territory.

But this was not the end of the U-2 story. Dragon Lady missions over Cuba revealed the Soviet military build-up, and prompted the missile crisis of October 1962. The CIA went into partnership with the government of Taiwan, so that nationalist Chinese pilots could fly U-2s over the communist mainland. Five of them were shot down. Although Lockheed went on to develop the Mach 3 Blackbird spyplane and reconnaissance satellites, there was still a role for the U-2. In a modified version, it was ordered back into production in 1967, and again in 1978. Rechristened the TR-1, this remarkable aircraft now carries a suite of high-tech reconnaissance sensors, and will serve the US and its allies well into the 1990s.

Good in Very Good Dust Wrapper. A little rubbing to the edges of the dust wrapper. Text complete, clean and tight overall but a neat and tidy repair to the hinge at page 86 has left the leaf a little proud, and rubbed as a result.

This book will be eventually reach my delightful website…(added to my Military Air Force category.) but get 60% off buying from this very blog blog… Buy it now for just £2.60 + P&P! Of course, if you don’t like this one there are plenty more available here! 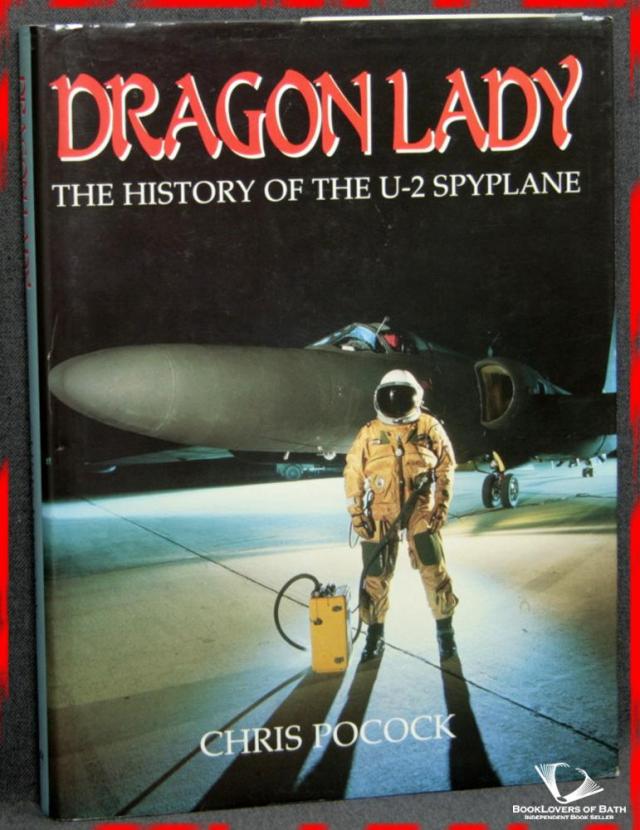