Air Disasters by Stanley Stewart lands on the |> SALE <| shelves in my shop.

From the cover: Air Disasters is not a comprehensive survey of all air disasters it looks at 12 of the most significant in the last 65 years: the crash of the airship R101, which led to the demise of the dirigible as a means of air transport in the UK; the remarkable story of the detective work that followed the Comet crashes of 1953-54; the Munich air disaster of 1958 that caused the deaths of so many of Manchester Uniteds Busbys Babes; the Trident tragedy at Staines in 1972; the Paris and Chicago DC-10 crashes in 1974 and 1979; the BEA/lnex-adria midair collision over Zagreb in 1976; the Tenerife disaster the worlds worst ever; the Air New Zealand DC-10 that crashed into Mount Erebus; the Korean 747 shot down over Russia; and the two massive 747 disasters of 1985 the Japan Air Lines aircraft near Tokyo and the Air-India flights disappearance off the Irish coast.

There is a strange fascination in aviation disasters, partly because of the likelihood of an almost total lack of survivors, partly because of their aftermath. Like the players in a detective story the accident investigators and boards of enquiry try to put together, sometimes literally piece by piece, the reasons for the accident and, therefore, the ways to stop it happening again.

This is a significant point: while the stories in this book are filled with past tragedies, they are also about hopes for the future. Although they deal with the disastrous loss of machines, these accounts are also stories of people -often brave people in the face of great danger and if lessons can be learned to prevent the recurrence of these catastrophes, those who died so tragically will not have done so in vain.

This book will be listed, sooner or later, for £6.50 on my delightful website… (added to my Transport category.) but get 50% off buying from my blog… below… 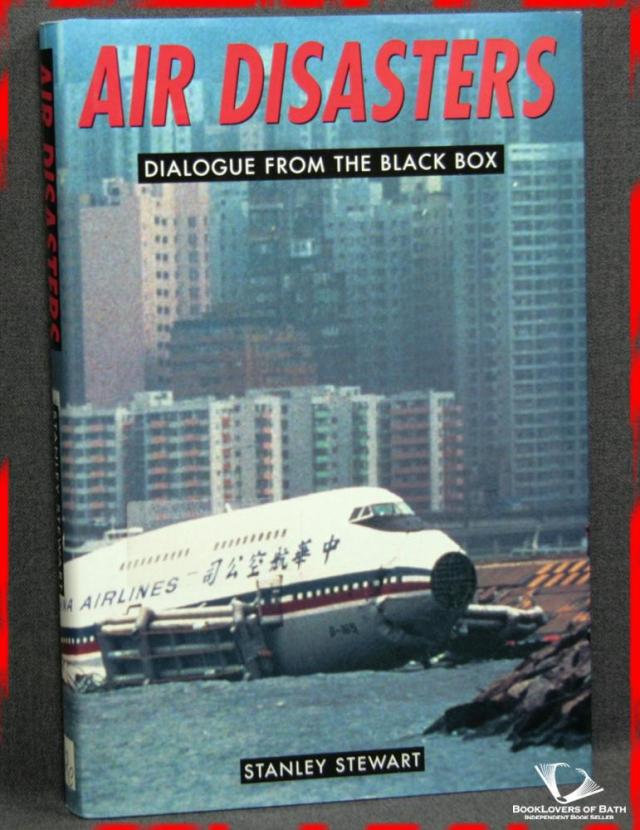 The world's leading book dealer in Peasedown St. John.
View all posts by BookLovers of Bath →
This entry was posted in BookLovers of Bath: The Shop! and tagged 1856481824, 1930-1985, accidents, aeronautics, aeroplanes, aircraft, history, interest, stanley, stewart. Bookmark the permalink.