From the cover: “This is a study of the greatest and most terrible event in history, which shows its impact upon hundreds of millions of people around the world soldiers, sailors and airmen; British housewives and Indian peasants; SS killers and the citizens of Leningrad, some of whom resorted to cannibalism during the citys two-year siege; Japanese suicide pilots and American carrier crews.

Reflecting Max Hastingss thirty-five years of research on the Second World War, All Hell Let Loose describes the course of events during the war, but focuses chiefly upon human experience, which varied immensely from campaign to campaign, continent to continent. Hastings emphasises the Russian front, where more than ninety per cent of all German soldiers who perished met their fate. He argues that, while Hitlers army often fought its battles brilliantly well, the Nazis conducted their war effort with stunning incompetence. He suggests that the Royal Navy and US Navy were their countries outstanding fighting services, while the industrial contribution of the United States was much more important to Allied victory than that of the US Army.

The book ranges across a vast canvas, from the agony of Poland amid the September 1939 Nazi invasion, to the 1943 Bengal famine, in which at least a million people died under British rule and British neglect. Among many vignettes, there are the RAFs legendary raid on the Ruhr dams, the horrors of Arctic convoys, desert tank combat, jungle clashes. Some of Hastingss insights and judgements will surprise students of the conflict, while there are vivid descriptions of the tragedies and triumphs of a host of ordinary people, in uniform and out of it. The cliché is profoundly true, he says. The world between 1939 and 1945 saw some human beings plumb the depths of baseness, while others scaled the heights of courage and nobility.

This is everymans story. It is an attempt to answer the question: What was the Second World War like?, and also an overview of the big picture. Max Hastings employs the technique which has made many of his previous books best-sellers, combining top-down analysis and bottom-up testimony to explore the meaning of this vast conflict both for its participants and for posterity.

Poor in Very Good Dust Wrapper. A little rubbing to the edges of the dust wrapper. Extensive marginalia and underlining to the last few chapters.

This book will be listed, sooner or later, for £6.50 on my delightful website… (added to my Military History category.) but get 50% off buying from my blog… below… 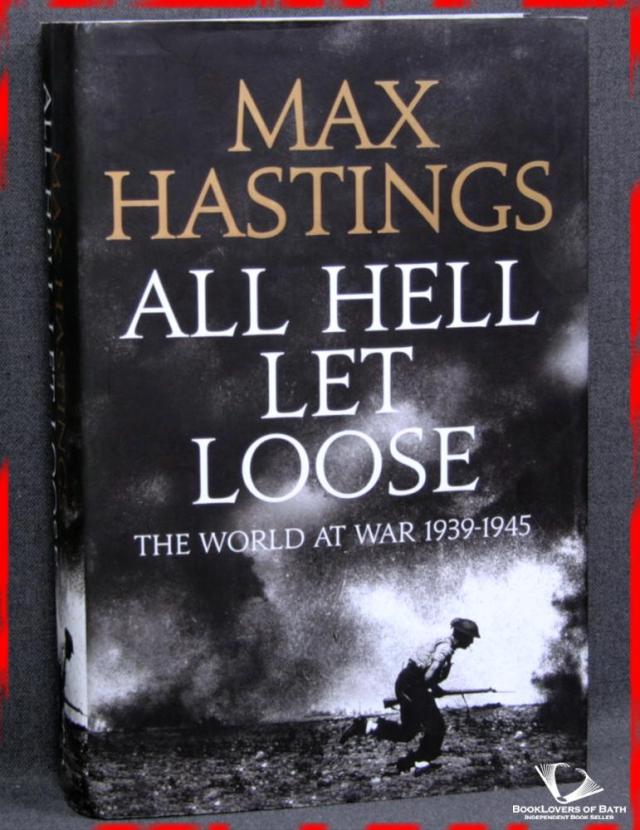