My Dad Was Nearly James Bond by Des Bishop

My Dad Was Nearly James Bond by Des Bishop lands on the |> SALE <| shelves in my shop.

First in this, paperback, edition. Illustrated by way of: Black & White Photographs;

From the cover: For years acclaimed comedian Des Bishop wanted to write a show about his father. Mike Bishop was a model and actor who gave up that life to become a hard-working man of the suburbs a good husband, a caring father, a responsible citizen. Still, he sometimes talked wistfully about the glamorous life he might have had.

All that changed after Mike was diagnosed with terminal cancer in late 2009. His regrets about his fantasy other life crumbled. He cherished his family and they came together to surround him with love, laughter, tears and talk. Lots of talk. The insights that emerged during Mike Bishops illness became the show Des always wanted to stage. He and his father collaborated on My Dad Was Nearly James Bond a hilarious, outrageous and moving celebration of what Des calls the heroics of fatherhood. The show has attracted rave reviews and sell-out audiences around the world.

Mike Bishop died in February 2011. Now Des has written a memoir inspired by the stage show, by the startling discoveries he made about his fathers background before he died, and by his own realization of what it means to finally grow up. The book is a funny, wise and unforgettable story of a father, a son and what really matters. 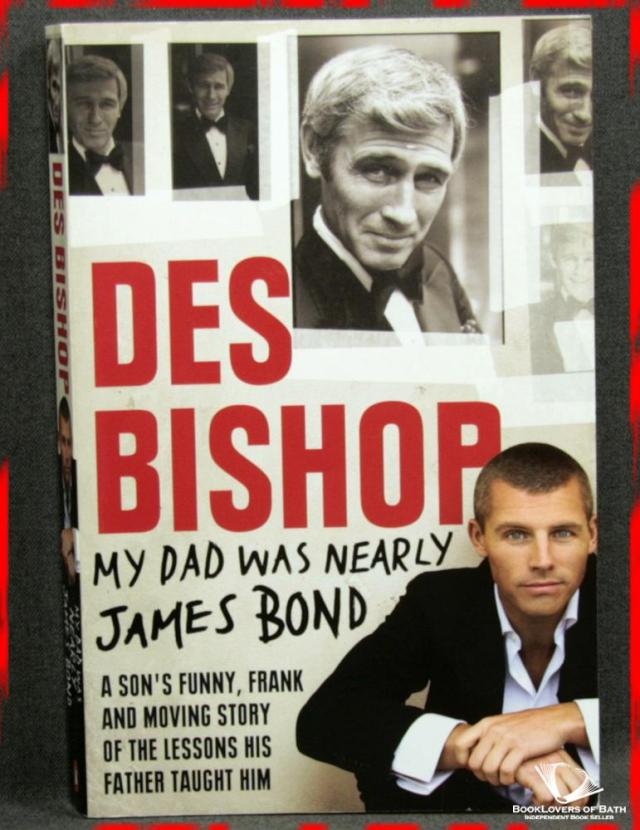