My Word Is My Bond: The Autobiography by Roger Moore with Gareth Owen

My Word Is My Bond: The Autobiography by Roger Moore with Gareth Owen lands on the |> SALE <| shelves in my shop.

From the cover: Dashing, handsome and every inch the archetypal English gentleman, Roger Moore has starred in some of the most unforgettable films and celebrated television series of the last half century.

Who could forget the smooth-talking adventurer Simon Templar in The Saint? Or that rakish playboy Lord Brett Sinclair from The Persuaders Roger Moore reigns supreme as the most debonair 007 and reprised the role of James Bond over seven blockbusting films, which are shown time after time all over the world. His whole persona exudes style, good living and sophistication; his millions of fans idolize him; but he has never written his autobiography until now.

For the first time he will share his recollections of playing some of the worlds most famous roles and playing with some of the worlds most legendary stars. He talks of his family life, with memories of his London childhood and his miserable evacuation at the onset of the Second World War, as well as the happy and turbulent times of later years. He tells of his marriages and children and how he found love and contentment with his beautiful wife, Kristma.

He reminisces about his early days as a jobbing actor, and his first break, when he joined MGM studios towards the very end of the contract system, and played alongside screen legends such as Elizabeth Taylor, Van Johnson, Lana Turner, Debbie Reynolds, Glenn Ford, David Niven and many others. Many films and television roles followed, before the role of James Bond was offered to him, and Roger Moore talks frankly about the films themselves and the producers, directors and the casts with whom he worked.

Punctuated throughout with personal anecdotes about such luminaries as Noel Coward, Gary Grant, Richard Harris, Stewart Granger, Frank Sinatra, Dean Martin, Gregory Peck, Richard Burton, Michael Caine and Sean Connery, and memories from the heyday of Hollywood, this frank, funny and disarmingly charming autobiography is as attractive and diverting as the man himself. 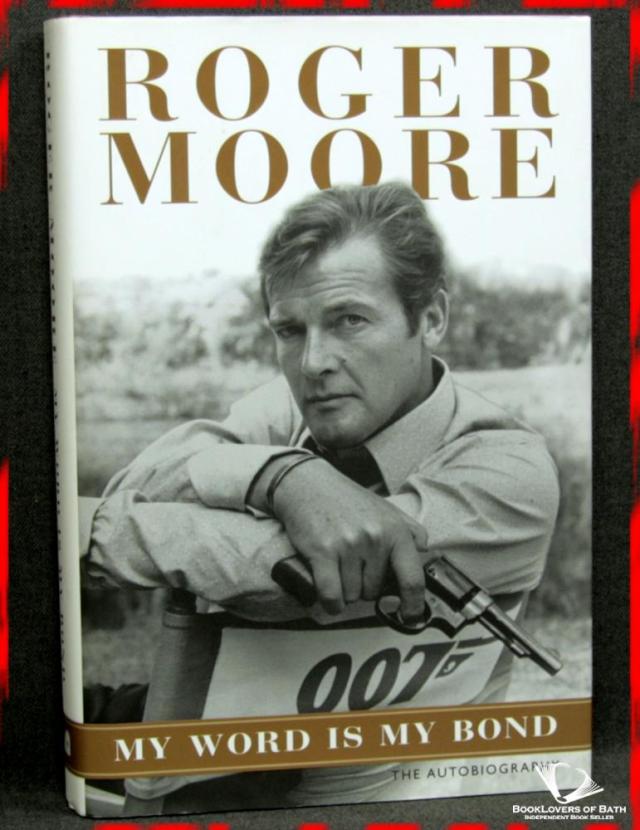