The Phenomenon Of Man by Pierre Teilhard de Chardin

Posted on February 7, 2012 by BookLovers of Bath

The Phenomenon Of Man by Pierre Teilhard de Chardin hits the £1 shelf in my shop.

3rd impression. [First Edition: November, 1959] Illustrated by way of: Portrait to the frontispiece;

From the cover: Pierre Teilhard de Chardin was born in Auvergne in France in 1881 and died in 1955. He fits into no familiar categories as he was at once a biologist and palaeontologist of world renown, and also a Jesuit father. Long before his work was published his name was a byword in scientific circles both in France and elsewhere. He himself spent a good deal of his life outside his native country, in China (where he played a major role in the discovery of Peking Man in 1929) and latterly in the United States.

As Teilhard de Chardin was an original thinker of something that might be called genius, a brief summary can do no more than indicate the breadth and significance of his thought. But it can be said that he applied his whole life, his tremendous intellect and his great spiritual faith to the concept of building up a philosophy that would reconcile Christian theology with the scientific theory of evolution, that would relate the facts of religious experience to those of natural science. The Phenomenon of Man is Père Teilhards most important book and contains the quintessence of his thought. Its subject could be described as the surging evolution of the world from the primal stuff of the universe, through life, to consciousness and man.

The Phenomenon of Man cannot be said to be an easy work, but it is a key book of our time, and once readers have made an effort to get inside it they may feel rewarded by the poetry of Pere Teilhards vision of the universe. For this remarkable scientist and scholar was also a visionary who looked forward with confidence to mans further development. As Sir Julian Huxley says, concluding his introduction : We, mankind, contain the possibilities of the earths immense future, and can realise more and more of them on condition that we increase our knowledge and our love. That, it seems to me, is the distillation of The Phenomenon of Man. 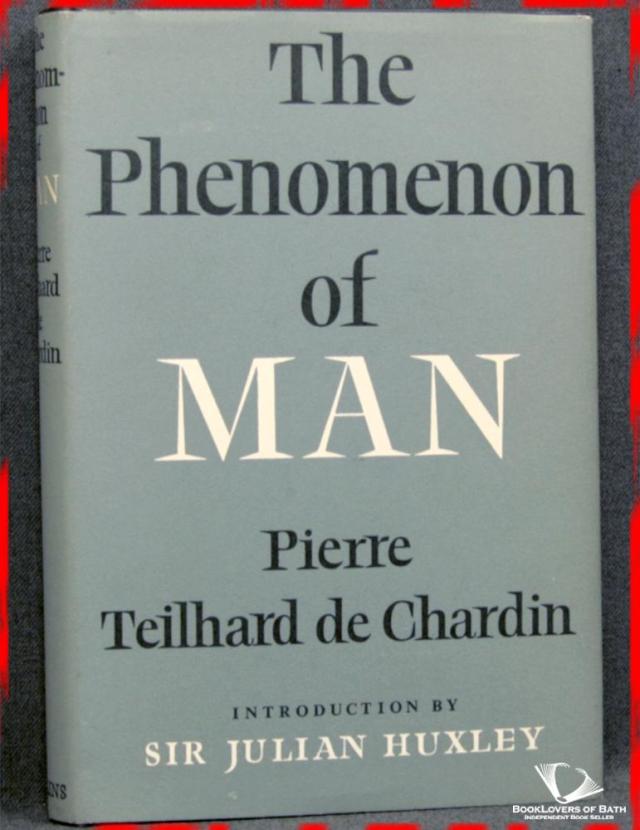