Number 23 in the series. From the cover: Mothers have long occupied centre stage in Britain as far as parenting is concerned. However, attitudes towards and expectations of fathers and fatherhood are changing, and during the 1990s the roles, responsibilities and influences of fathers have become a matter of public and political debate.

But what do we really know about fathers and fatherhood?

This timely study combines an overview of research, a brief survey of the legal position of fathers and a unique and exciting demographic analysis. It looks at fathers at home and at work their roles in their families and as bread-winners at the consequences for children of a fathers absence, at support for fatherhood and at developments in the law relating to fatherhood.

Social and economic statistics rarely distinguish men who are fathers from those are not. Here, a demographic analysis of the 1992 British Household Panel Study provides the first estimates of the lifetime fathering of a national sample of men living in private households. It tells us for the first time how many men of different ages in Britain have fathered a child and where they live in relation to their dependent children. It illustrates not just the diversity of fatherhood in Britain today but also the continuities: more than eight in ten fathers of dependent children live with all their own biological children, for example.

The report concludes by considering the components of a coherent social policy for fathers -the labour market, fiscal and social policies and the legal framework -that would better support fathers and reduce the barriers they face in meeting the multiple roles of fatherhood. 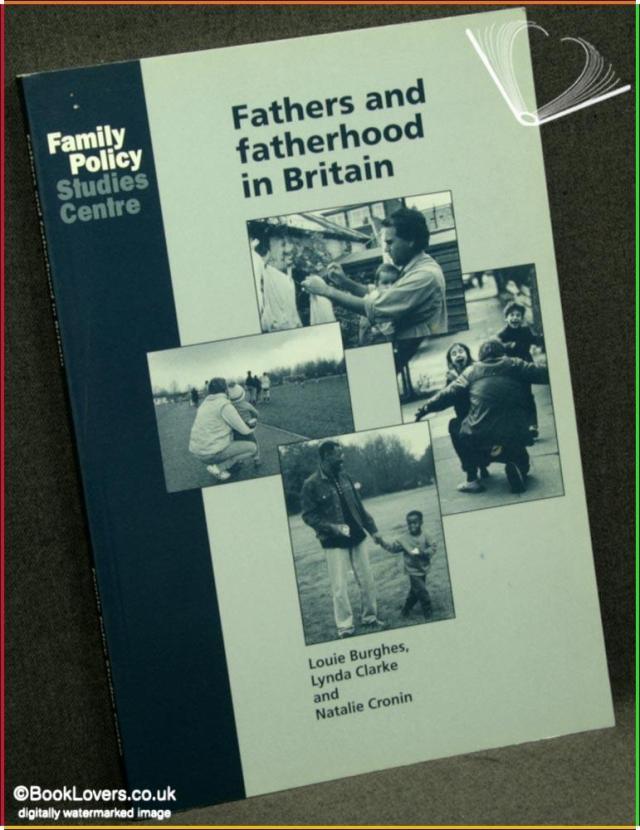