Condition: Good in Poor Dust Wrapper. Edges of the dust wrapper frayed and rubbed with loss at the spine ends and tips. Boards sunned at the margins. Gently bruised at the head, tail and corners of the binding. Edges of the text block lightly spotted. Pages lightly age-tanned.

Illustrated with black and white photographs. From the cover: Horace (Cadogan) Smiththe man who taught the Queen to ride is known and respected throughout what he himself calls the Horsey world. He has lived and worked among horses for three-quarters of a century, and has won prize after prize at major horse shows all over Britain, from the International Horse Show at Olympia downwards. As a dealer he has bought and sold nearly twelve thousand horses during his lifetime. And as a judge of horses Horace Smith has been and still is in great demand at all the leading shows in Britain and many in Europe and America as well.

There is a strong sense of nostalgia about his brightly written autobiography. In these pages he transports the reader back through the years to a world that is no more, picturing spacious, leisurely days that had a charm all their own.

The horse was the normal form of road transport when Mr. Smiths career began in the last decade of Queen Victorias reign. He joined his father in the well-established family business of W. J. Smith Limited, Horse Dealers, when he was sixteen. And many are the fascinating stories he has to relate of the cut-throat competition in the horse trade in London at the turn of the century. 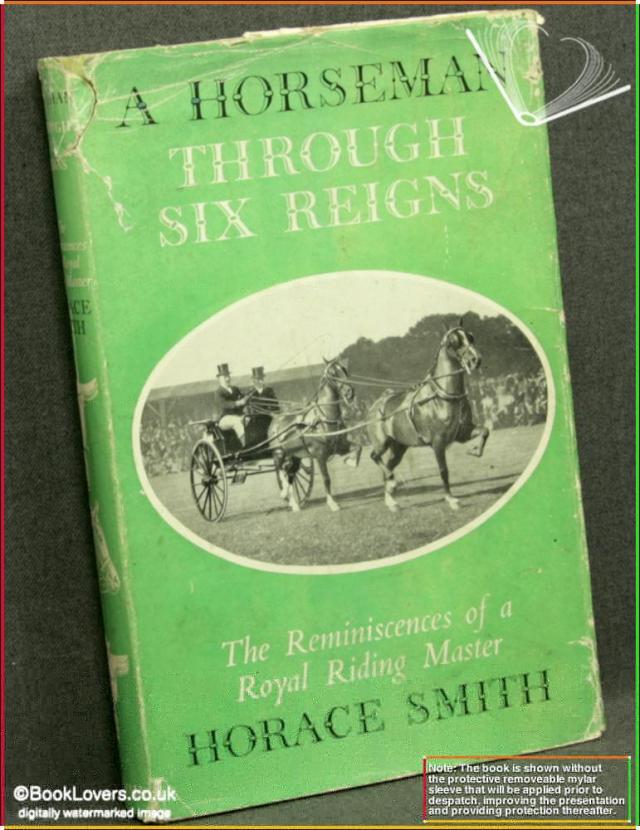