Posted on February 3, 2011 by BookLovers of Bath

Illustrated with black and white photographs. From the cover: From Tarzan to Hezza, Michael Philistine to Big H, the President to DPM: few politicians have earned so many titles or nicknames as those accorded to Michael Heseltine in his career. For more than twenty years Heseltine has been one of the most colourful, controversial and publicly recognized figures on the political stage.

Only a handful of men reach the heights of British politics; fewer still build a £150 million fortune almost from nothing. Yet Heseltine has acquired both money and power, and the fame that goes with them. He has always been the one that stood out, whether for his dashing appearance as an Oxford undergraduate, or for resisting Thatcherism in the 1980s.

Michael Heseltine seems destined now to go down in history as the man who dragged down a Prime Minister, rather than for becoming PM himself. It has been a burning ambition since school, and, but for the odd misjudgement, he might so easily have made it to No. 10. But though often the darling of the Tory conference, he was never forgiven by the Thatcherites and never quite overcame the suspicions and distaste of the old-fashioned party grandees.

Heseltines has been a career littered with controversy and confrontation: from the question of how he managed to cut short his National Service, to the story of the Heseltine houses whose buyers besieged him with complaints; from the time his constituency almost dropped him for insulting the Royal Family, to accusations of lying to MPs; and then, of course, there were better-known incidents such as seizing the Commons Mace and walking out of Mrs Thatchers Cabinet.

In the most detailed examination yet published of Michael Heseltines career, Crick assesses his sixteen years in some of the leading ministerial jobs, and explains why he has never made it to the very top. Telling the story of Heseltine the tycoon, he also examines how Heseltine almost went bankrupt but then recovered to make millions from a series of revolutionary publishing ventures and brilliant financial deals.

With his recent work on Jeffrey Archer and John Major, Michael Crick has acquired a high reputation as an investigative biographer of top politicians. With meticulous research and hundreds of background interviews, he probes Heseltine the very public figure and yet intensely private man. It is a remarkable story of one of the most formidable public figures of our time. 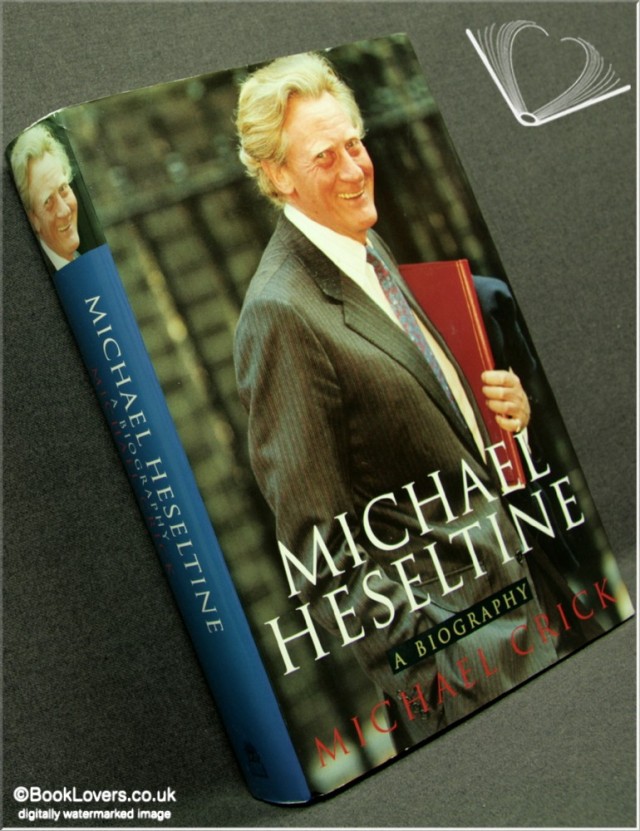