The Ancient Celts by Barry Cunliffe

Posted on February 1, 2011 by BookLovers of Bath

Condition: Very Good in Very Good Dust Wrapper. Dust wrapper very slightly rubbed at the edges with a slight fray at the top corner of the upper panel. Previous owners’ inscription to the ½-title page which also has the top corner clipped.

Illustrated with photographs, in colour & black and white, maps and diagrams. From the cover: Barry Cunliffe, editor of the Oxford Illustrated Prehistory of Europe (1994), explores the nature of Celtic identity and presents the first thorough and up-to-date account of the tribes who were famous throughout the ancient Mediterranean world and whose origins still provoke heated debate.

Fierce warriors and skilled craftsmen, the Celts were the archetypal barbarians from the north, feared by both Greeks and Romans. Napoleon III spent much time and money searching for the ancestral Gauls, and the concept of the Celts has been used many times by nations fringing the Atlantic in their search for identity.

In this volume Professor Cunliffe explores the archaeological reality of the Iron Age inhabitants of barbarian Europe, tracing the emergence of chiefdoms, patterns of expansion and migration, and the development of a mature urbanized society, thus assessing the disparity between the traditional vision of the Celts and the archaeological evidence.

Through his consideration of cultural diversity, social and religious systems, art, language, law, and oral traditions, Professor Cunliffe is able to draw a distinction between societies which conform to an ethnic Celtic model and those subjected to Celtization, and tease out a fascinating new picture of the identity of the Celts. 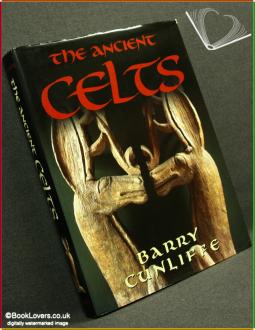