The Treacle Mine Affair by D. E. Tucker

From the cover: One summer the inhabitants of Bincombe begin to behave strangely. They do not know they have been pixillated by a peculiar effluent from the local disused lead workings, which include the oddly named Treacle Mine.

When Peg and Robin join their country cousins Helen and Adrian at Up-hill Farm for the holidays they form an intrepid team to unravel the fate of some stolen cattle and the mystery of the mine. They become entangled in an adventure much more dangerous and exciting than anything they had bargained for. For instance, Adrians Geiger counter shows such disturbing results on samples of water that radioactivity adds a frightening threat to the adventure. Strangers invade the village, headed by a master criminal called The Octopus. They are obviously up to no good and the daring quartet decide to infiltrate the Roman Cavern scene of the crooks nefarious activities.

The boys make an horrific underground descent through a swallow-hole, but their dangerous attempt only raises more questions as to what dreadful scheme the gang are actually involved in. A good deal of hard work on a steam traction engine, plus the loyal support of their dog Shep, enables the cousins to penetrate the villains defences and uncover a wicked intrigue which threatens even more than the well-being of the village.

The final part of the adventure takes them into awesome underground passages, where stalagmites and stalactites provide a surrealistic setting for a crime which has distinctly contemporary significance. This thrilling narrative not only gives the reader an exciting mystery to solve it also provides rich information on country living and on some of the environmental issues that concern us today. 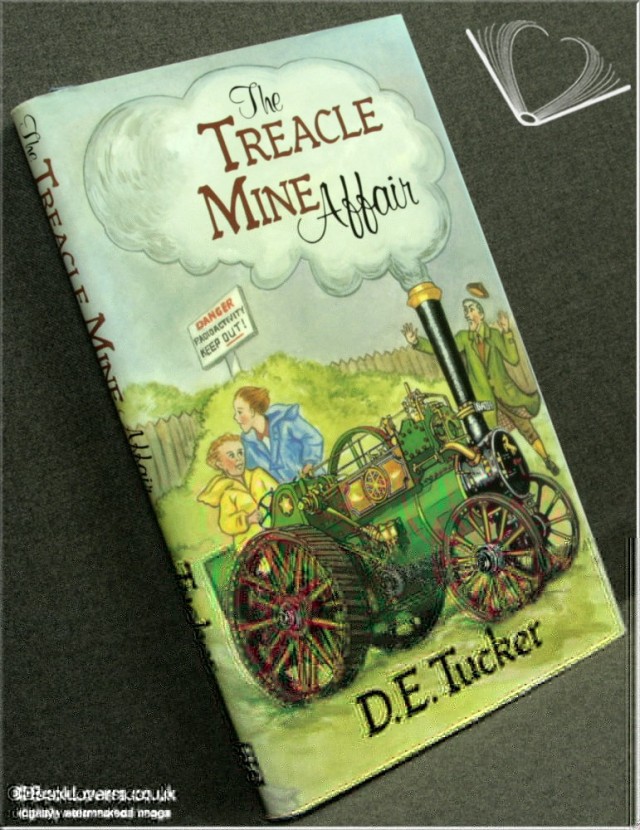